Introduction
Distraction osteogenesis is a surgical process for reconstruction of skeletal deformities. It involves gradual, controlled displacement of surgically created fractures, which results in simultaneous expansion of soft and hard tissues with increase in bone volume. It is the ability to reconstruct combined deficiencies in bone and soft tissue that makes this process unique and invaluable to all types of reconstructive surgeons. Gavriil Ilizarov, a Russian orthopedic surgeon, is credited with developing the armamentarium and describing the biologic basis of this process for the management of orthopedic limb deformities. The concepts described by Ilizarov have been adapted and modified for use in maxillofacial surgery. Although the majority of surgical experience with distraction technology has been in orthopedics, early results indicate the process to be equally effective in facial skeletal reconstruction. It is now possible to apply distraction technology to deformities of the jaws and dentoalveolar process (Fig 1). Development of miniature, internal distraction devices have made this clinically feasible and practical. 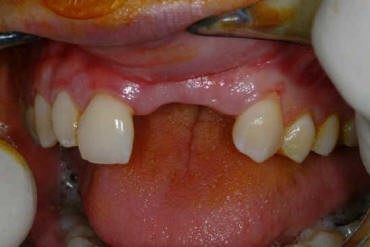 The Process of Alveolar Distraction Osteogenesis
The process of alveolar distraction osteogenesis involves mobilization, transport and fixation of a healthy segment of bone adjacent to the deficient site. A mechanical device, the alveolar distraction device, is used to provide gradual, controlled transport of a mobilized alveolar segment (Fig 2). When the desired repositioning of the bone segment is achieved, the distraction device is left in a static mode to act as a fixation device. Displacement of the osseous segment results in positioning of a healthy portion of bone into a previously deficient site. Because the soft tissue is left attached to the transport segment, the movement of the bone also results in expansion of the soft tissue adjacent to the bone segment. At the original location of the segment a chamber is left which has a natural capacity to heal by filling with bone. This propensity of the chamber to heal by filling with bone instead of fibrous tissue is a function of the surrounding, healthy cancellous bone walls and location within the skeletal functional matrix. As a result of the gradual distraction, the alveolar housing, including the osseous and soft tissue components are enlarged in a single, simultaneous process (Fig 2 & Fig 3). 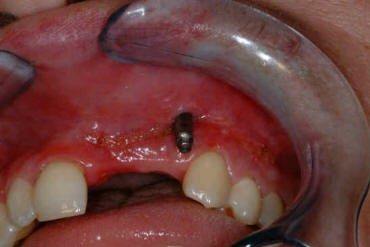 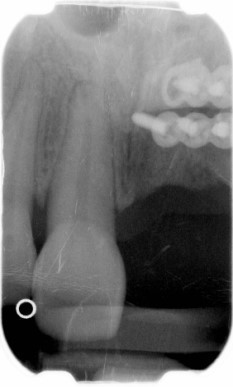 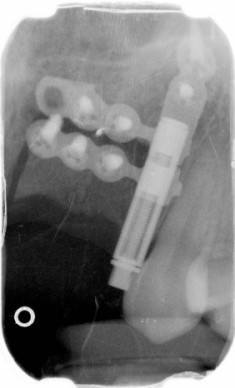 When placed into a properly formed segmental osteotomy, the distraction device allows for controlled elevation of the segment resulting in coronal displacement of the alveolar crest. The transport slowly displaces the overlying soft tissue producing expansion. A chamber is established in the portion of the osteotomy that is perpendicular to the transport axis. The portion of the osteotomy that is parallel to the transport acts to maintain alignment of the segment. After the desired amount of transport has been achieved, the lead screw is left in place until bone healing occurs across the sliding component of the osteotomy. The chamber fills with bone of several weeks. As a result of the distraction process, the volume of both bone and soft tissue has been increased. The reconstructed site is them suitable for further rehabilitation with osseointegrated implants, prosthetic pontic placement or movement of a tooth with orthodontics. 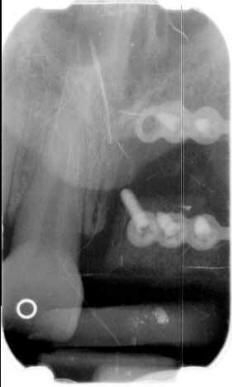 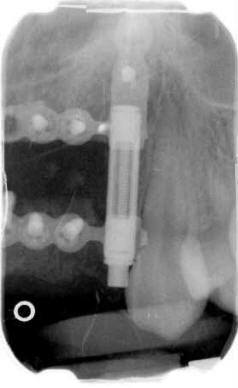 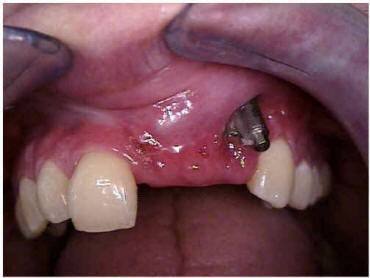 Combining Distraction With Other Techniques
The distraction process may not produce the anatomical objective in a single step. Maxillofacial skeletal deformities are most often complex and three-dimensional in nature. Alveolar deformities are not an exception. It is rare that the distraction process alone would result in an alveolar ridge of ideal shape and size. Usually, additional osteoplasty is indicated. The distraction process results in the substrate, increased bone volume and expanded soft tissue, which makes creation of an appropriate alveolar morphology possible. Knife-edge bony alveolar ridges are usually removed and discarded. If the ridge crest is slightly palatal to the ideal position, the labial cortex may require labial displacement. The distraction process has raised the medullary component of the alveolus allowing the labial plate to be displaced. The resultant increase in alveolar volume is accommodated by the expanded gingiva so that a nontension soft tissue closure is possible.

We encourage you to contact Reconstructive and Implant Dental Center at 913-534-8801 today to learn more about distraction osteogenesis in Overland Park, Kansas, and book a consultation with our prosthodontist, Dr. EDward M. Amet.